The wrong message to society has safely arrived already! 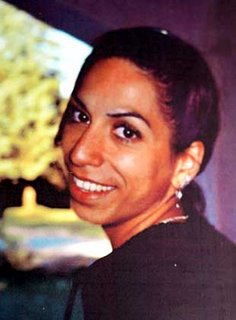 A 19-year-old Turkish man living in Berlin has been given a prison sentance for killing his sister a year ago. He says he disapproved of his sister's lifestyle.

In February 2005, Hatun Sürücü, a 23-year-old Turkish woman, was shot dead on the streets of Berlin. Her three brothers were accused of murdering her with three shots to the head, in what has widely been described as an "honor killing." On Thursday, a Berlin court convicted the youngest of the three, Ayhan Sürücü -- who was 18 at the time of the killing -- of murder. However, his two older brothers were acquitted of related charges.

Ayhan Sürücü confessed to having murdered his sister -- a single mother who wore make-up rather than the veil -- because he disapproved of her lifestyle. He has been convicted to nine years and three months in prison -- ten years would have been the maximum penalty. The judge, Michael Degreif, explained that Ayhan Sürücü has begun to express some regret, "although he still has a long way to go." Degreif said the murderer had acted "in cold blood" and compared the killing to an execution.

The acquittal of the two older brothers provoked loud cheers from the audience in the courtroom. The judge explained that the evidence for their involvement in the murder was mainly hearsay and also contradictory. The trial produced no proof that the murder had been ordered by the woman's family. Nor could any religious motive for the crime be established.

The Sürücü case triggered an angry debate in Germany about the integration of Turkish immigrants and their children into German society. It has also raised questions about how to combat forced marriage and domestic violence. Erhart Körting, the local mayor of Berlin's Kreuzberg neighborhood -- where Sürücü lived and died -- gave a statement on Thursday explaining that the struggle against domestic violence has been won. Speaking on German national television, he said many abused Turkish women were beginning to take their husbands to court as a result of the massive attention focused on the Sürücü case. "I believe we're seeing a change of mentality," Körting said, "even if it's slow."

I sincerely hope it will work, but won't hold my breath.

Ayhan Sürücu, now 20, will start his sentence in a youth prison and will be transfered to a standard prison when he becomes 24.

The prosecution had sought nine years and eight months for Sürücu and life sentences for the two older brothers, Alpaslan (25) and Mutlu (26).

Cem Özdemir, German Member of the European Parliament of Turkish origin, denounced the brothers' acquittal saying that the court had failed to recognize that "honour killings" of that kind are rarely carried out by a lone perpetrator.

"I don't think the verdict is sufficient because it ignores family clan structures. If one knows that such murder sentences are passed by the family council and that the youngest is chosen because one can expect the mildest verdict for him, then such a verdict sends the wrong message to society," he said in a public statement.

Thursday night, I noticed in a supermarket that an obviously German shop attendant advised an obviously Middle Eastern customer unsolicitedly about spaghetti sauce. "But there is pork in it," she said kindly, which the customer, equally friendly, didn't find important. Something like that, mind you, is by no means unusual. Back in the car I switched on the radio and listened to my favourite audio-fishwrap WDR2 who, inspired by the Berlin verdict, were hosting a huge information event with listeners calling and "experts" in the studio. One of the last contributions, which found a general consensus, stated that we Germans ought to approach the "migrants" more friendly, that every German teacher should have a Turkish teacher at his side, that there ought to be multicultural studies to further mutual understanding and that German pupils ought to learn Turkish as well.

I am afraid that Cem Özdemir's "wrong message to society" has arrived a long time ago already.

Click HERE ["The Whore Lived Like a German"], HERE [Germany's Lost Daughters] and HERE [Eyes Wide Shut] to read more about "Honour Killings" and the situation of Muslim women in Germany. Kudos to DER SPIEGEL, who provided that information. Therefore, and because I am a nice and fair-minded person, I will for at least a month refrain from calling them a Leftist cesspool!
By The_Editrix At 10:30