Media Darlings of the Unenlightened Masses

... or: Sheer and Undiluted Shittyness 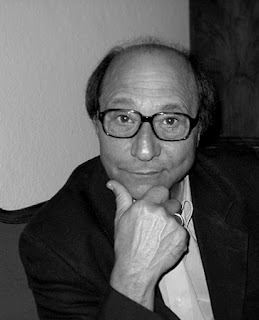 The release of the fifteen British soldiers triggered off the inevitable German media ritual to let the inexorable "Iran-experts" have their say. The most inescapable among those is the unavoidable Bahman Nirumand. His love affair with the German media beats the longevity of 98% of marriages in this country and he is always good for a howler. This time he sees the bizarre staging a "coming around" regarding the hostage-crisis, which is "a defeat for the president". And he even managed to keep a straight face.

The amnesty surely wasn't his [Ahmadinedjad's] will, but that of his adversaries who obviously managed to rein him in and thus to avert an imminent danger from the the country.

Which will, according to Nirumand, lead to a decision of crucial importance:

Iran is at the crossroads. Either the radical Islamists around Ahmadinedjad ... will succeed to monopolize the power or his critics, the moderates, the reformers, will manage to to take over the helm. This round goes to the moderates.

A superfluity of metaphors doesn't make the reasoning any more lucid and the fairytale of the "moderate" Muslim who needs nothing but support to bring peace to the world any less moronic. Following this logic from the nuthouse, the kidnapping was even a good thing because it somehow weakened Ahmadinedjad, Liza observes.

Nirumand was born in Tehran in 1936 and went to Germany as a student in the Fifties. He read German philology, philosophy and Iranic studies, his doctor's thesis was about Bertolt Brecht. He returned to teach in Iran, then had to flee the regime of the Shah, went back to Germany, where he became one of the leading members of the "Movement of 1968" at the German universities in the Sixties and early Seventies, which is still considered by the mainstream an anti-autoritarian revolt, while its main achievement was to firmly replace German historical guilt by that of America (famous chant: "USA -- SA -- SS") and to change America's role from that of a liberator to that of an oppressor, not just of Germany, but of the world.

The banners say: "Amis out of Indochina", "Class War intead of war between peoples" and "For the set-up of the IVth Internationale".

After the Shah's demise, Nirumand returned a second time to Iran to flee once again when the Mullahs came to power.

1989, Nirumand's book Leben mit den Deutschen (Life with the Germans) appeared. As a series of letters he writes to a relative in Iran who is considering to come to Germany about his experiences with the culture of the post-war Teutons, including gems like being invited for dinner, then being charged for his meal, or people being reprimanded for turning up for an appointment at 2:02 when it was scheduled for 2:00. Such clichés, bordering on the slanderous, come, mind you, from a confessing "lover" of German culture and almost lifelong resident in this country and are, in a culture of intense self-hatred, guarantors for adequate sales figures, specifically with multi-kulti appeal thrown in.

At this point it is, maybe, not all that amazing anymore to learn that this is the same Bahman Nirumand, who compares "Christian and Jewish fundamentalism" with Islamism, who are all (ALL!) "instrumentalising the faith to mobilise the unenlightened masses for their goals", notabene in the mouthpiece of the post-GDR-Communist PDS, Neues Deutschland, and Israel's ownership of nuclear weapons with that of Iran.

All that has nothing to do with neither, religion nor culture. That is naked safeguarding of interests.

Having learned now from Father Nirumand that the wish of the Jewish state to survive among a host of aggressive and armed-to-the teeth neighbours is more precisely described as "naked safeguarding of interests" (we are relieved!), Nirumand Daughter goes on -- Habemus Papam -- to explain us the nature of comparisons in even more detail:

Many Catholics who are trying to live with their church's guidelines, are shattered by the election of Cardinal Ratzinger. On the other hand, some intellectuals are revelling in submissive gestures and self-flagellation rituals that put a Shiite in Kerbala to shame ... What is supposed to be ethically relativist, and thus somehow arbitrary, about the stance that divorce is better than a broken down relationship? To some, the unborn life in the petri-dish is sacred, to others the freedom of individual decision -- why is one ethical and the other relativist? Some consider euthanasia hubris, others a deed of mercy -- where is here the indifference?

Whether this professed (albeit recent) "conservative" is really as dumb as she looks and really hasn't twigged what ethical relativism is about or whether she is spouting calculatingly Daddy's "Islamism Light" is beyond me.

But don't take Mariam Lau née Nirumand, who made the transgression from film editor at the leftist taz to chief correspondent for the "conservative" Die Welt seemingly without hangups and whom obviously nobody told that her time as a cheeky media brat had been outstayed decades ago, verbiage about our pope too seriously. She can be nice to us Germans as well. After all, didn't she do us the immense favour to call Goldhagen's Hitler's Willing Executioners "pulp fiction with sociologic camouflage code" in an article headed "Little Historians" in taz vom 13./14. April 1996, and the Berlin-Hohenschönhausen Memorial for for victims of the former East German Ministry of State Security ('Stasi') an "educational shock treatment" in Die Welt, which each hit the center of the German Zeitgeist with stunning accuracy, regardless of the ten years between those two statements, the different media in which they appeared and the professed change of political stance of the writer.

Gosh, and there was I, thinking that Daddy Bahman's thingy about calling Israel's wish to defend herself "naked safeguarding of interests" was unbeatable in its sheer and undiluted shittyness!

My take on all that? Only in a country like Germany, with that dangerous mixture of self-hatred and denial and without any moral and ethical compass, phonies like Nirumand père et fille can become the media darlings of the unenlightened masses, while they are making up their bull, somehow arbitrarily, while they are going along. In any sane society they would have been laughed out of the door ages ago.
By The_Editrix At 09:48

I don't think that Bahman Nirumand is an idiot.

Well, what can I say. Everybody is entitled to his own wrong opinions.

Besides, I never called him an idiot. After all, he makes a decent living from a charade. Idiots are those people to whom he sells his books.