Are you out of your minds, Americans?

You have considerable problems. Massive annual federal budget deficits, an obviously uncontrollable influx of illegal immigrants, the shortfalls of the social security and health care systems, and an ever-dwindling support for the war in Iraq, to name only a few. And what are you worrying about? Whether somebody called "Paris Hilton" went justifiedly to prison or rather not.

I do not watch TV and I do not read glossy magazines since the Tatler has largely given in to trash-culture and -society, so I had to look up "Paris Hilton". She is a very moderately pretty but decisively vulgar young woman in her twenties and best described by three epithets: blonde, blonde and blonde. She has a lot of money which she hasn't earned and doesn't shoulder the responsibility that comes with inherited wealth (hers is from the "Hilton" hotel chain, so I read).

I give an aviating fornication whether what she committed is filed under "felony" or rather "misdemeanour" or whatever, whether she violated her probation or was a first-time offender or whether the judge was an attention-seeker, leftist liberal commie who was out to sock it to an enemy of the people, or a staunch defender of law and order. I do not care what this unspeakable creature did AT ALL. I am just asking you: Are you out of your minds?

While wanting-to-be-taken-seriously "pundits", like that cackling parrot Ann Coulter who would say anything to boost her book-sales figures or viewing rates, denounce the verdict or, like Debbie "Those who like soccer are enemies of America" Schlussel, the woman whose official picture gives a new meaning to the word "PhotoShop job" and who hasn't even Coulters doubtless entertainment value, are all for it (or is it the other way round?), another trial found infinitely less attention.

Banaz Mahmod was just 20 years old and her only crime was getting out of an abusive marriage into which she had been forced at 17, then falling in love with a man her family did not accept. After she was reported missing for three months, Banaz' dead body was found in a buried suitcase in April 2006. 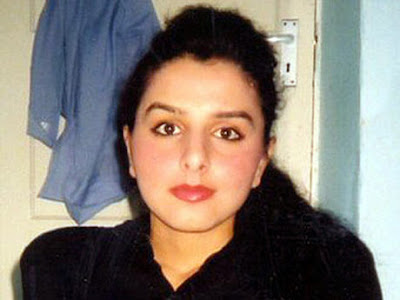 Responsible for this were members of Banaz' family, her father, Mahmod Mahmod, and her uncle Ari Mahmod. Banaz was a daughter of Kurdish immigrants. In the eyes of her father and her uncle, by entering into a relationship without their consent, Banaz had "shamed" the family. Last week, the two men were convicted of murder at Old Bailey court in London.

They call that "hono(u)r killing" in Muslim culture and in large parts of the Western media too and without quotes.

Before she was murdered, Banaz had made several attempts to warn police that her life was in danger, even naming those she thought would kill her. It was revealed in court, too, that her statement was obviously not taken seriously enough by investigating officers.

They were probably too busy watching smutty "pickies" of Paris Hilton.

And for good measure, it's time again for another posting of Fariba Tajiani-Emamqoli's last pictures, and while I usually ask politicians, men of the cloth, writers, feminists and general bleeding heart do-gooders where they had been when Fariba was hanged, this round is for "conservative" American "pundits": 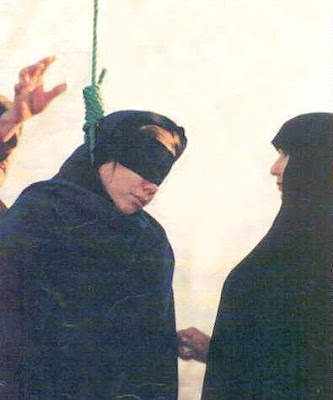 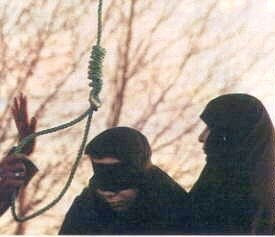 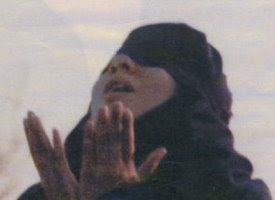 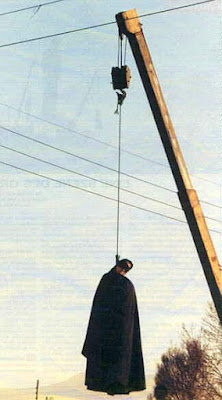 And while they are hanging another Fariba in Iran and another beautiful, brave and innocent young woman is "honour killed" right in our middle, just go on contemplating Paris Hilton's parking tickets.

WASHINGTON (AFP) - A US newscaster refused to lead her program with a story about Paris Hilton, arguing she was fed up with media attention given to the controversial Hollywood socialite.

Mika Brzezinski tore her script to pieces on the air and then put another one through a shredder Friday morning when she was asked by her editors on MSNBC cable channel to lead the newscast with an item about Hilton.

"Listen, I just don't believe in covering that story, especially not as the lead story in a newscast when you have a day like today," Brzezinski said on the air.

Footage documenting her revolt is now making the rounds on the Internet, and has since been viewed on the video exchange website YouTube more than 870,000 times.

Hilton, a 26-year-old hotel chain heiress, was released from a Los Angeles jail on Tuesday after serving 23 days for driving with a suspended license.

THANK you for putting my thoughts into words, and into pictures! I am so very sick of hearing non-stop Hilton, Spears, etc, and now, OJ again. But nothing about the truth of Islamofacsim, and other current events that could wake people up!