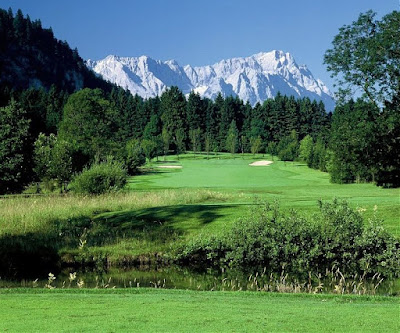 From the website of the U.S. Army garrison Hohenfels:

Garmisch-Partenkirchen travel warning
July 3-6: U.S. personnel in the Garmisch-Partenkirchen area on the Fourth of July weekend are advised to maintain an elevated situational awareness and increased vigilance in and around areas where U.S. and other military personnel are known to gather, such as restaurants, bars or other venues which coincide with ongoing celebrations.

Background: Authorities are worried that a "German group" might be going to "seek revenge" for an "incident" at a local nightclub. US-citizens are asked by the Munich Consulate General and the German police to, so to say, watch their backs this weekend. A speaker of the Polizeipräsidium Oberbayern-Süd at Rosenheim stated that the situation is "being taken seriously" and that the security measures will be stepped up accordingly.

What had happened? According to information from the magazine "Focus online" and the daily "Münchner Merkur", the "incident" late in June had in fact been an encounter between a civilian employee of the U.S. Army and a, as the politically correct jargon goes, "German of Turkish origin". One of the "Germano-Turks" involved was said to have threatened the American to come back within the next couple of days and to take revenge.

And that's why Americans better avoid now one of the most gorgeous holiday resorts in Europe.
By The_Editrix At 16:18