Birds of A Feather STILL Flock Together or...

Here is a streaming video from the ARD (full name Arbeitsgemeinschaft der öffentlich-rechtlichen Rundfunkanstalten der Bundesrepublik Deutschland – "Consortium of public-law broadcasters of the Federal Republic of Germany") news magazine Nachtmagazin broadcast on September 16, 2009. For the record: The ARD took off in 1952 as Deutsches Fernsehen ("German Television"), switching to Erstes Deutsches Fernsehen ("First German Television") at the advent of ZDF (Zweites Deutsches Fernsehen in 1963, a name which it later adopted officially, indicating that it is the country's primary network. The newsflick includes a feature covering the release of "shoethrower" Mountazer / Muntazer al-Zaidi / Montasser al-Saidi in Iraq. It starts at 14:43. Switch right through to the end, where the coverage of his press conference ends at 15:07 on an interesting note and, even more interestingly, rather abruptly.

Not that something like that it is new within the Arab world: 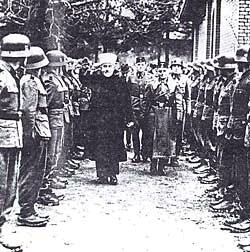 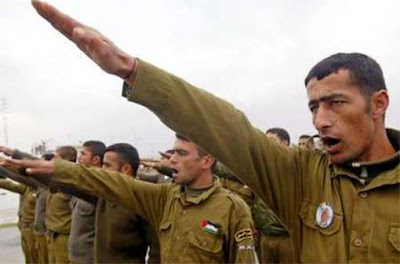 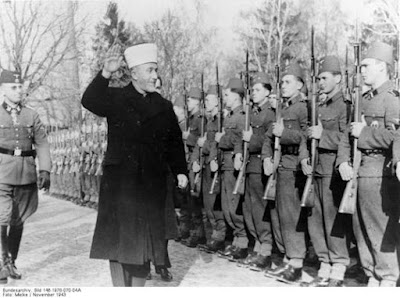 Try to google for one of the name-versions of the shoe thrower together with "mutig". You don't need any knowledge of German to get the gist.

The makers of this ARD news feature don't even begin to make an attempt to distance themselves from the fawning reception Mr. Shoethrower got within the Arab world. Here, too, the gist comes across to non-German speakers as well, or so I think.

Birds of a feather still flock together.

The one guy in the middle picture looks rather like Oliver Hardy:

I doubt that he is funny though.

While the observation is astute (I had tried in vain to remember WHOM he resembles) he is sadly not funny at all. Your doubts have merit.

When I skimmed through the Wiki-entry this almost brought up my lunch.

You are an early bird, 'gator!

Extraordinary what we will do to tolerate 7th century barbarism in the 21st century.