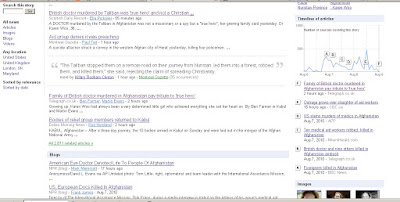 The reprobate anglophone media are falling over themselves in their ardour to inform us that the murdered Westerners had not been Christian missionaries. "British doctor murdered by Taliban was 'true hero' and not a Christian missionary, say family", one headline says.

Of course, had they been Christian missionaries, it would have made murdering them appear somewhat alright. I am reminded of the 2007 "Sudanese teddy bear blasphemy case" of the British schoolteacher Gillian Gibbons, where the Brits, instead of sending a gunboat (or whatever the equivalent is nowadays) ,sent a couple of Muslims, among them such a strong defender of Western values like Lord Ahmed, to explain that the teacher wasn't knowing what she did. Of course, had she named the teddy bear Muhammad with intent, she'd deserved to die.

In Germany, the eculpation efforts go different, and arguably worse, ways. Christian missions are virtually no topic here, but IDEALISM. Nobody who does something NOT for money (like, say, the Holocaust) can't be all bad. So they ignore the Taliban's own admission, ignore the fact that they spared the chauffeur who was able to quote from the Koran and go on pondering, earnestly, seriously and throughly, why it might have been still a hold-up robbery (Raubüberfall): 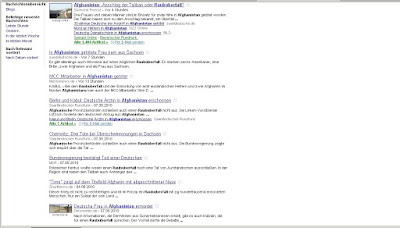