A lot has been said about the Fort Hood shooting. Islam is to blame, immigration is to blame, liberalism is to blame. All that is right, or at least not wrong. But why did it happen NOW? After all, 9/11 happened 8 years ago and there was little Muslim violence against America since then - on home soil, that is. But there is one aspect that wasn't discussed at all, and if, I've overlooked it.

In the course of an email-discussion about American suicidal idiocy that allows Muslims in the military, Gudrun Eussner writes (and I translate):

During WWII, the Americans interned even perfectly loyal Japanese and Germans because of their ancestry. I recently saw a feature about German-Americans who are still fighting for their only too belated rehabilitation.

Did you see that "major" in the shop, clad in djellaba, white cap, the lot? In a shop at a military base!

Thanks BHO, thanks Dalia Mogahed! 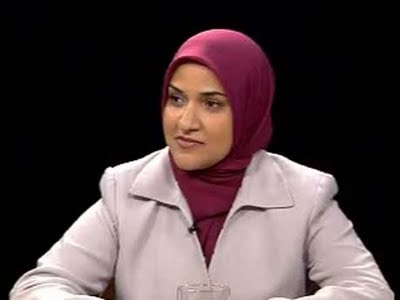 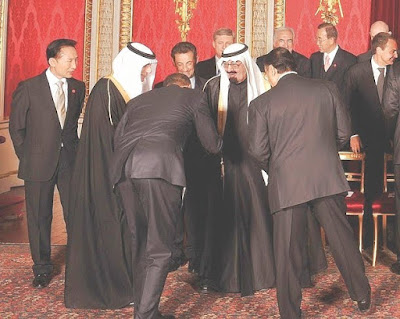 In the mood for another quote?

Five to six million strong, Muslims in America already outnumber Presbyterians, Episcopalians, and Mormons, and they are more numerous than Quakers, Unitarians, Seventh-day Adventists, Mennonites, Jehovah's Witnesses, and Christian Scientists, combined. Many demographers say Islam has overtaken Judaism as the ccountry's second-most commonly practiced religion; others say it is in the passing lane." (Johan Blank, USNEWS on July 20, 1998)

Below is the video to which Gudrun referred, a convenience store surveillance video. It's from CNN and shows army major Nidal Hasan about 7 hours before he murdered 13 people:

At 11:25 AM, the President addresses the House Democratic Caucus – Cannon House Office Building.

At 2:30 PM, the President makes a statement to the press in which he warned the American public against "jumping to conclusions" over the motives of the shooter. Also, he elaborated on health care – Rose Garden.

At 2:45 PM, the President leaves the White House en route to Camp David where he is supposed to play golf – South Lawn.

God help the US of A. Their President who has -- somewhat stumbling -- sworn to do so won't. Notabene that it was political scientist Dr. Gudrun Eussner as well who identified the botched oath as something of greater and more far-reaching consequences, something which Americans, even "conservative" Americans, are either not willing or not able (or both) to concede.
By The_Editrix At 23:50